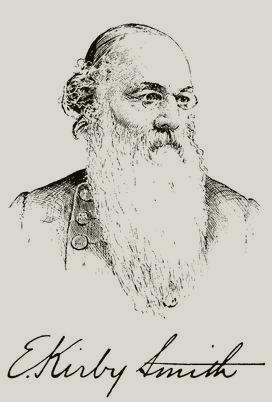 SMITH, Joseph Lee, jurist, born in New Britain, Connecticut, 28 May, 1776; died in St. Augustine, Florida, 27 May, 1846. His father, Elnathan, was an officer in the old French war, and a major in the commissary department in the Revolution. Joseph was educated at Yale, studied law in Hartford, and practised in his native county until the second war with Great Britain, when he was appointed major in the 25th infantry, participating in the invasion of Canada. In the battle of Stony Creek, 6 June, 1813, in which General William H. Winder was taken prisoner, he saved his regiment by a judicious movement. He was promoted lieutenant-colonel and brevetted colonel, United States army, for that action, and became colonel of the 3d United States infantry in 1818. He resigned from the army in that year, removed to Florida in 1821, and was United States judge of the superior court in 1823-'37. Of the 1,000 cases that he decided previous to 1836, not one was reversed. Judge Smith was remarkable for his great physical strength and imposing appearance. He married Frances Marvin, daughter of Ephraim Kirby.-H is son, Ephraim Kirby, soldier, born in Litchfield, Connecticut, in 1807; died near the city of Mexico, 11 September, 1847, was graduated at the United States military academy in 1826, served on frontier duty m 1828-'9, and was dismissed from the army in October, 1830, for inflicting corporal punishment on mutinous soldiers, but was reinstated in 1832. He became 1st lieutenant in 1833, captain in 1838, and during the war with Mexico was engaged in numerous battles, including Molino del Rey, where he was mortally wounded in leading the light infantry battalion under his command in an assault on one of the enemy's batteries.--Another son, Edmund Kirby, soldier, born in St. Augustine, Florida, 16 May, 1824, was graduated at the United States military academy in 1845, and appointed brevet 2d lieutenant of infantry. In the war with Mexico he was twice brevetted, for gallantry at Cerro Gordo and Contreras. He was assistant professor of mathematics at West Point in 1849-'52, became captain in the 2d cavalry in 1855, served on the frontier, and was wounded, 13 May, 1859, in an engagement with Comanche Indians near old Fort Atchison, Texas In 1861 he was thanked by the Texas legislature for his services against the Indians. He was promoted major in January, 1861, but resigned on 6 April, on the secession of Florida, and was appointed lieutenant-colonel in the corps of cavalry of the Confederate army. He became brigadier-general, 17 June, 1861, major-general, 11 October, 1861, lieutenant-general, 9 October, 1862, and general, 19 February, 1864. At the battle of Bull Run, 21 July, 1861, he was severely wounded in the beginning of the engagement. In 1862 he was placed in command of the Department of East, Tennessee, Kentucky, North Georgia, and Western North Carolina. He led the advance of General Braxton Bragg's army in the Kentucky campaign, and defeated the National forces under General William Nelson at Richmond, Kentucky, 30 August, 1862. In February, 1863, he was assigned to the command of the Trans-Mississippi department, including Texas, Louisiana, Arkansas, and Indian territory, and was ordered to organize a government, which he did. He made his communications with Richmond by running the blockade at Galveston, Texas, and Wilmington, North Carolina, sent large quantities of cotton to Confederate agents abroad, and, introducing machinery from Europe, established factories and furnaces, opened mines, made powder and castings, and had made the district self-supporting when the war closed, at which time his forces were the last to surrender. In 1864 he opposed and defeated General Nathaniel P. Banks in his Red river campaign. General Smith was president of the Atlantic and Pacific telegraph company in 1866-'8, and chancellor of the University of Nashville in 1870-'5, and has been professor of mathematics in the University of the South, Sewanee, Tennessee, since 1875. --Ephraim Kirby's son, Joseph Lee Kirby, soldier, born in New York city in 1836; died at Corinth, Mississippi, 12 October, 1862, was graduated at the United States military academy in 1857, served as assistant topographical engineer in the office of the Mississippi delta survey in Washington, D. C., in 1857-'8, on the Utah expedition, the survey of the northern lakes in 1859-'61, and then became 1st lieutenant of topographical engineers. During the civil war he served on General Nathaniel P. Banks's staff in July and August, 1861, received the brevet of captain, United States army, in the latter month "for gallant and meritorious service in the Shenandoah valley, Virginia," became colonel of the 43d Ohio volunteers in September, and was in command of a brigade of the Army of the Mississippi in the capture of New Madrid, Missouri, in March, 1862. He was brevetted major, United States army, for the capture of Island No. 10, 7 April, 1862, served on the expedition to Fort Pillow, fought at the siege of Corinth in May of that year, and was brevetted lieutenant-colonel in the United States army for repelling a Confederate sortie from that city. He was in command of a regiment in operations in northern Mississippi in September and October, was engaged at the battle of Iuka, and mortally wounded at Corinth, 4 October, while charging " front forward " to repel a desperate attack on Battery Robinett. For this service he was brevetted colonel in the regular army, his commission dating 4 October, 1862.