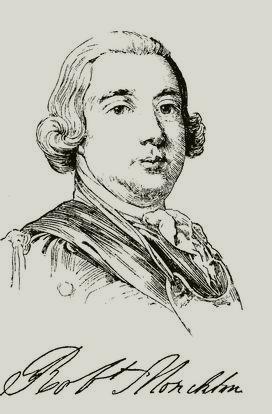 MONCKTON, Robert, soldier, born in England; died there, 3 May, 1782. He was the son of John, first Viscount of Galway. He began his military career in Flanders in 1742, fought at Dettingen and in other engagements, and was promoted lieutenant-colonel of the 47th regiment, 28 February, 1750. In 1753 he was stationed at Halifax, Nova Scotia, and succeeded in suppressing the riots among the Germans at Lunenburg, about fifty miles from the latter city. He was governor of Port Royal (now Annapolis), Nova Scotia, in 1754, and in June, 1755, was in command at the capture of Beausejour and other French posts. He was lieutenant governor of Nova Scotia in 1756. The following year he was transferred to the 60th, or Royal American, regiment, \, and attached to Loudon'sarmy. He led a battalion at the siege of Louisburg under Amherst in 1758, and, as brigadier-general and second in command, was severely wounded at the capture of Quebec. For his gallantry in this action he was promoted colonel of the 17th foot, and subsequently made major-general and lieutenant-general. He accompanied the expedition that took Martinique in 1762, and was made governor of Berwick, Scotland, in 1766, and of Portsmouth in 1788, which borough he represented in parliament. fie was offered a commission to fight in the American war, but refused to draw his sword against the colonies.--His brother, Henry, born 13 July, 1740, was a lieutenant-colonel of engineers. He was shot through the body at the battle of Long Island, 1 August, 1776, and was killed at the battle of Monmouth, New Jersey, 28 June, 1778.

Start your search on Robert Monckton.